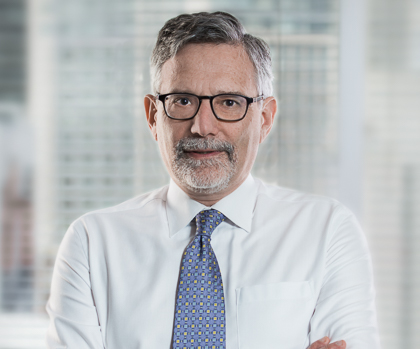 Mark Zigler is a senior partner in the Pensions and Benefits Group with over 40 years of experience. He also chairs the firm’s class action committee. Mark served as the firm’s managing partner from 2006 – 2012.

Mark advises trustees of pension and benefits trusts as well as unions and groups of employees and pensioners. He has also acted as counsel in many high profile cases and class actions across Canada involving pensions, benefits and other employment related issues as well as major insolvency cases. He is co-editor and author of Employee Benefits in Canada now in its 4th edition and senior editor of the IFEBP Canadian Legal & Legislative Reporter. In 2009 he was named to the Ontario Advisory Council on Pensions and Retirement Income. In 2018-2019 he served as lead Commission  counsel to the Gillese Inquiry into Long Term Care Homes in Ontario.

Mark has consistently been recognized as a leading practitioner in the field of Pensions and Employee Benefits by the Lexpert organization, Best Lawyers in Canada, Chambers Global and Who’s Who Legal Canada. He has also been selected to the Lexpert/American Lawyer Guide to the Leading 500 Lawyers in Canada. In 2015, he was awarded the Ontario Bar Association Award for Excellence in Pensions and Benefits Law. Mark has also served as an adjunct professor of law at the Hebrew University of Jerusalem in 2015 and 2018.

*practicing through a Professional Corporation

← Aryan Ziaie
Back
Sign up for
KM News
Pension and Benefits