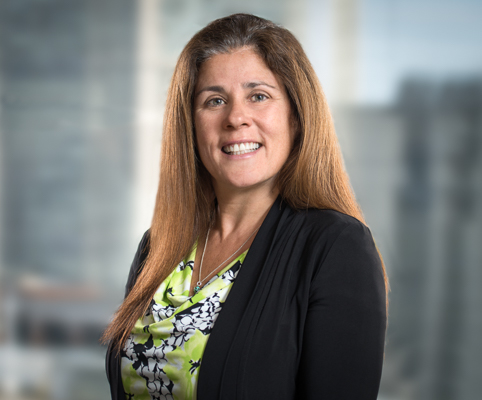 Laurie is a partner in the Koskie Minsky Labour & Employment Group. With a practice focus on labour law, she regularly presents complex labour matters before administrative tribunals and the court. Laurie works exclusively in the area of labour relations and represents industrial, public sector, private sector and construction trade unions before the Ontario Labour Relations Board, the Grievance Settlement Board, and at private arbitrations. Laurie has extensive experience in the areas of industrial relations, acquiring and maintaining bargaining rights, unfair labour practices, discipline and discharge grievances, human rights issues, employment standards, occupational health and safety, workplace safety and insurance, and collective bargaining.

Prior to her legal career, Laurie was actively involved with the labour movement. She instructed courses designed to assist shop stewards in understanding their role and responsibilities at the workplace and to enable them to better understand and interpret collective agreement language. Laurie worked with trade unions in Mexico and spoke at a number of conferences on the impact of globalization on organized labour. Laurie earned her law degree at Osgoode Hall Law School, and was called to the Bar in 2005.

Laurie is the union side co-chair of the Ontario Labour Relations Board Advisory Committee. She is regularly asked to speak on labour relations matters. In 2015, Laurie accepted an appointment as an adjunct professor at Osgoode Hall Law School where she taught the upper year JD Collective Bargaining Law Course from 2015 to 2018.

*practising through a Professional Corporation

We are one of Canada’s most distinguished union-side legal teams, serving unions, workers and professional groups in the public and private sectors.