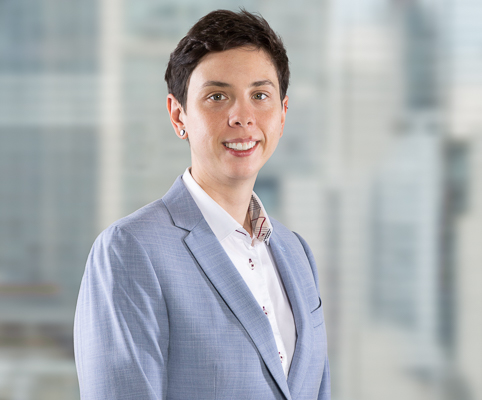 Karine is an associate in the class action group.

Prior to joining Koskie Minsky, Karine was an associate at a leading class actions firm in Toronto. Karine articled at the Superior Court of Justice in Toronto as the bilingual judicial law clerk, where they worked on civil, criminal, and commercial list matters as well as class proceedings.

Karine holds a common law and civil degree from McGill University. Karine received the Justice Harry Batshaw prize for having the highest standing in the Foundations of Canadian Law course.

During law school, Karine competed in the Wilson moot and placed first in the Start Proud moot competition. Karine also completed a student clerkship at the Superior Court in Montreal, worked as a research assistant for Professor Stephen Smith on the topic of common law remedies, and served as the Executive English Editor of the McGill Law Journal. Karine was also actively involved in the community, working for the Mile End Legal Clinic and volunteering for various organizations such as Pro Bono Students Canada and the Legal Information Clinic at McGill.